January 2020:  I am revisiting this piece from 2001 as a result of a whole new perspective given to these three Buddhas by the second of our three sons, who helped us choose items of significance or treasures to pack in our car, in readiness for evacuation should a bushfire threaten our property, a log house in a forest clearing on a bushfire prone block.

The three Buddhas sit together on a side table in our living room. They represent many aspects and memories of our rich life in South Asia in the 1980s and 1990s. They are gifts I received on leaving Nepal in 1999, from each the three groups that I had served as the WHO Representative in Nepal.

I had selected the larger of the three to go into the box of treasures to pack. When Michael saw this he asked “Why are you only taking Dave?”. I realised instantly that Michael had assumed these three Buddhas represented our three boys, and was either unaware or had forgotten their original story.

Suddenly, like a drum-roll, like a fanfare, our three statues  take on a whole new set of additional meanings and dimensions. They had until then, in our minds, not represented our three sons. 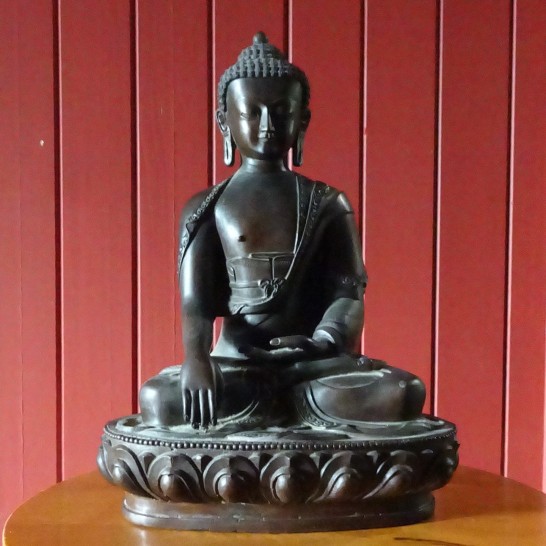 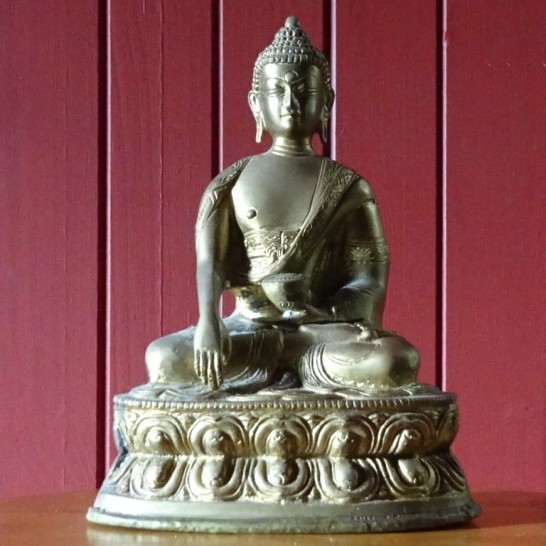 They do now, also, and I thank Michael for giving them this extra meaning, this whole new dimension.

One aspect of our departure from Nepal in 1999, at the end of my second WHO assignment there, is what I describe as the ‘Three Buddha Farewell’. Three seated statues of Buddha, between 20 and 27 cms high, one copper, one gold painted and the other bronze, had been presented with affection and good wishes as farewell gifts; one from the members of the WHO-Nepal staff team; one from the Nepal Ministry of Health; one from fellow heads of UN agencies in Nepal, each unaware of the others’ gift.

At the time the three Buddhas symbolised for me the three levels of our WHO work at country level: being members of a WHO team, being in partnership with the people of Nepal and being a member of the UN team and the wider world of international support.

Those three Buddhas reminded me also of three things I have taken with me from living amongst Buddhists in Nepal; the benefits of letting go; the need to be centred and live in the present moment; and the value of compassion.  I anticipated that these three Buddhas would give me symbolic energy, serenity and equanimity, and these three precious things at many levels, as I moved on to the next phase of my life as WHO Representative in Cambodia. And they did.

There is much more to such Buddha statues than meets the eye. They represent different aspects of the Buddha simply by the position of their hands. I had accepted the gratitude and friendship they represented as gifts from people who had mattered so much to me. I had added symbolic meaning, but had not even thought about, or I am ashamed to say, even noticed the position of their hands.

Then Pam Putney, an old friend from our first time in Nepal was here briefly in Phnom Penh. I showed her the three Buddhas, now placed side by side together on a rather fine old Cambodian side table in our living room. She was delighted with my story. Then she gently said “How wonderful, they are all in the service position, their right hands touching the ground, making connections”.

That ‘aha’ moment and its consequences also remind me that we do not see things all at once, nor do we need to, and perhaps should not try to; that we cannot know it all now, nor might we need to, and therefore maybe we should not strive to have all the loose ends so neatly tied. Perhaps we should rather celebrate uncertainty and incompleteness and focus on the connectedness, unfolding-ness and preciousness of being a human being.

Now in January 2020, I am so grateful to all those who connect me with these three Buddhas and the myriad of meanings and memories they represent.

View all posts by Bill Pigott

One thought on “A “Three Buddha Farewell” Revisited.”